Facts: @brielarson is an unstoppable force as #CaptainMarvel. A supreme embodiment of the late 80’s to 90’s heroines that we looked up to, fully formed with agency and whose main relationship is with her best friend. So many girls are gonna see themselves, their struggle & fight!

Make mine #CAPTAINMARVEL
Hella empowering & filled with my 90’s Cali childhood! I saw the metro station near where I grew up by the old Marvel Studios, the Naval base my dad worked at when he immigrated here, & a friendship that made me miss my best friend.#HigherFurtherFaster

My kingdom for a Nick Fury & Goose buddy comedy #CaptainMarvel

Really loved #CaptainMarvel. It’s a little wobbly at times but only because it’s so ambitious. It’s beautifully constructed, hilarious and offers tons of surprises. @brielarson obviously rules but Ben Mendelsohn is the surprise MVP. pic.twitter.com/yQLQGl2Yt0

#CaptainMarvel is pure joy. I cannot wait for the generation of little girls who will grow up with Carol Danvers as a hero.

#CaptainMarvel is (takes deep 90s breath) TOTALLY AWESOME. Never related to a Marvel character quite like Carol. She’s the stubborn witty 90s kid I like to think I am. pic.twitter.com/H6Q9s90KHA

CAPTAIN MARVEL isn’t what I expected based on marketing. It’s pretty much an “all in” cosmic space movie. Also, it’s a lot weirder than I expected. Ben Mendelsohn is awesome as Talos.

And not wacky weird like the GOTG movies. Think more “Rey snapping into endless mirrors” from The Last Jedi type scenes. Also, finally, the MCU and a Nirvana song come together (as Kurt Cobain wanted)

I can’t get over how great Ben Mendelsohn is. I was worried he was just going to be one of those Marvel villains with alien makeup, but that’s not the case at all. This movie doesn’t work without him.

#CaptainMarvel was a lot of fun! Just enough ‘90s nostalgia without overdoing it. Brie Larson is great. Ditto Sam Jackson & Ben Mendelsohn. Goose the cat is purr-fect. Some nice surprises and clever decisions throughout. Cool sci-fi elements. And funny! Thumbs up! pic.twitter.com/PzzxXir8pZ

Captain Marvel is everything that I hoped it would be. It feels completely unlike any other Marvel film. A unique and fresh take on an origin story that feels new. Brie Larson is fantastic as Carol Danvers. This is one of my favorite Marvel movies of all time. #CaptainMarvel pic.twitter.com/0ou7HU93MY

The future of the MCU gets even brighter adding #CaptainMarvel to the mix. Really fell for @brielarson’s sass, strength & energy in the role. Same with @LashanaLynch too! Ben Mendelsohn is A+ casting as Talos. And yes, Goose is a scene stealer. 2nd viewing can’t come soon enough.

1. Cat people will love this movie.
2. Several truly magnificent music moments for this 90s kid.
3. Carol’s hero moment was very cathartic/true to the female experience, imho.
4. The MCU feels more complete now that Carol is in it.

#CaptainMarvel is a welcome addition to the #MCU. The movie is really well done with some great moments. #benmendelsohn steals almost every scene he’s in. @brielarson literally shines in the role. So ready for #AvengersEndGame pic.twitter.com/GET0socRjl

Realized something half way through #CaptainMarvel…the de-aging technology being used has become so seamless that I forgot it was being used. We are on the precipice of something both exciting and scary. Can only imagine what Scorsese will do with it in ‘The Irishman’. pic.twitter.com/JvYbobhoXp

Captain Marvel is a blast! Has some cool surprises that I definitely didn’t see coming, and the mystery/origin it weaves is engaging and fun. Brie Larson is awesome, and makes a fantastic first step into the MCU #CaptainMarvel pic.twitter.com/oqrRtgDQrp

#CaptainMarvel has a great ‘90s sci-fi vibe w/ a tone unlike any other Marvel movie, really. It’s retro & trippy, mysterious & dorky. It’s funny in surprising places & badass in all the right places. It remains entertaining because it’s always changing. It’s got the right stuff pic.twitter.com/o7AvqYY63x

Fans of #CaptainMarvel comics are going to love the movie. Plain and simple.

I’m really hoping Skrulls will be the Infinity Stones of the MCU going forward. Ben Mendelsohn is awesome and so is the whole shapeshifting concept. #CaptainMarvel

There was a part in #CaptainMarvel where I looked at @AnnaJKlassen and said, “Thanos just shit his pants.”

#CaptainMarvel is a great origin story. Brie’s buddy cop chemistry with @SamuelLJackson is so much fun and her relationship with Lashana Lynch is the real heart of it. Ben Mendelsohn and the cat both steal the show.

Captain Marvel: a genuine movie with character arcs, themes, gravity, and frames that pop. The ensemble chemistry and low-key asides reminded me of the first Captain America (my fav). Carol goes off, which is extremely fulfilling.

Its very different than most of the MCU films and so very 90s. It’s funny and fun and super empowering. It made me feel proud to be a woman.

YASSSS wow, do dudes feel this good after action movies all the time?! #CaptainMarvel #reaction pic.twitter.com/yhWWDaPc8H

There are TWO end credits scenes on #CaptainMarvel and you’ll want to stick around for both. Without saying too much, it’s the pilot and final episode of the television series Friends. Prepare to leave the theater somehow even MORE hyped for AVENGERS: ENDGAME

#captainmarvel had space battles, car chases, an amazing 90s soundtrack and an ADORABLE ! A surprisingly fun script, laughed so much!!! Great to finally see this kick-butt heroine in action pic.twitter.com/Res8K8wMA7

There’s an earnestness to #CaptainMarvel that feels different than other MCU films. I got chills watching Carol Danvers get back up over & over & over again.

I saw #CaptainMarvel tonight and I am pitching a spin-off series (They are going to sell so much Goose merch…To me.) pic.twitter.com/4zzh3NOHMS

#CaptainMarvel was my ultimate 90s nerd girl fever dream + a cat. Ben Mendelssohn gives Samuel L Jackson a run for his scene-stealer. But it’s ultimately cool AF to see @brielarson harness the power of being “just a girl” pic.twitter.com/bFHUwa3Gb8

Just out of #CaptainMarvel. So many fun surprises I didn’t expect + new (and old?) characters to love.

@captainmarvel has a lot of heart is is super relevant to the times now. I loved all of the characters in this but Goose the cat might be my favorite MCU character. I’m excited to see @brielarson the the future of the MCU. #CaptainMarvel #marvel #marvelstudios pic.twitter.com/WdhL3WixbO 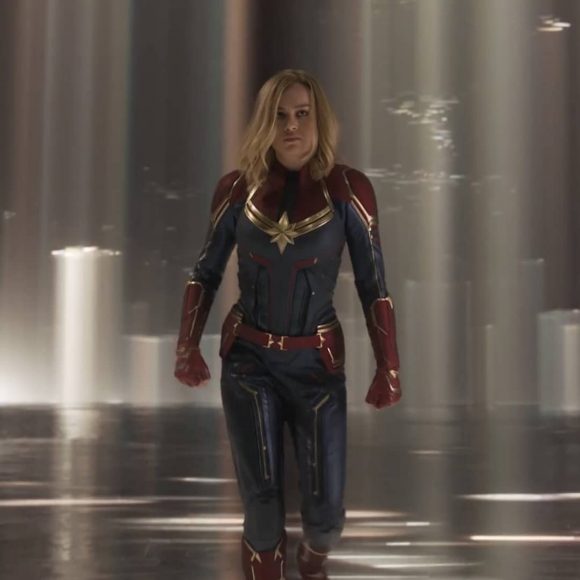 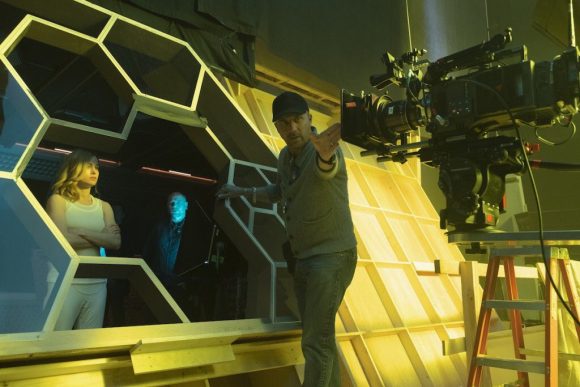 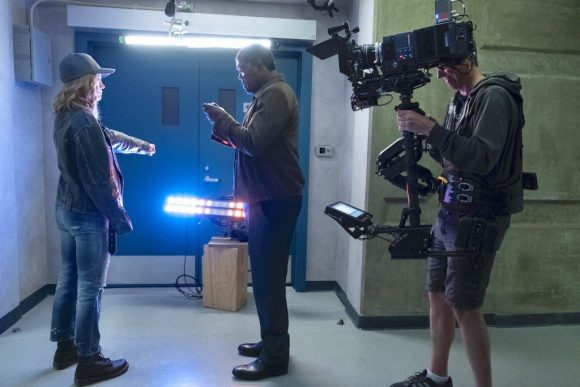 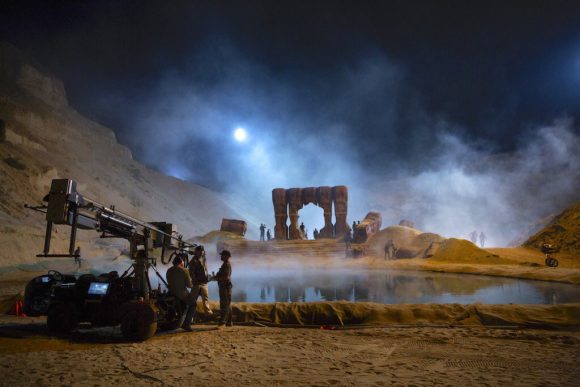 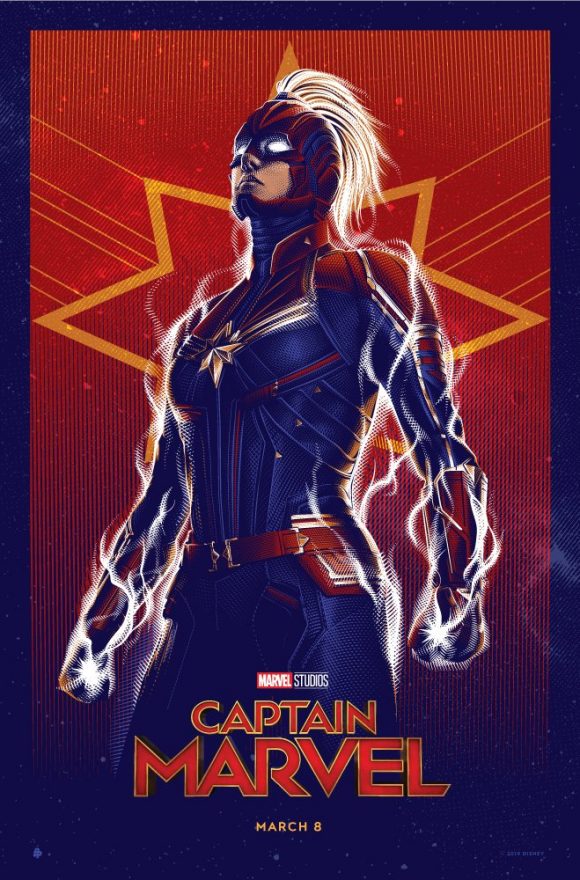 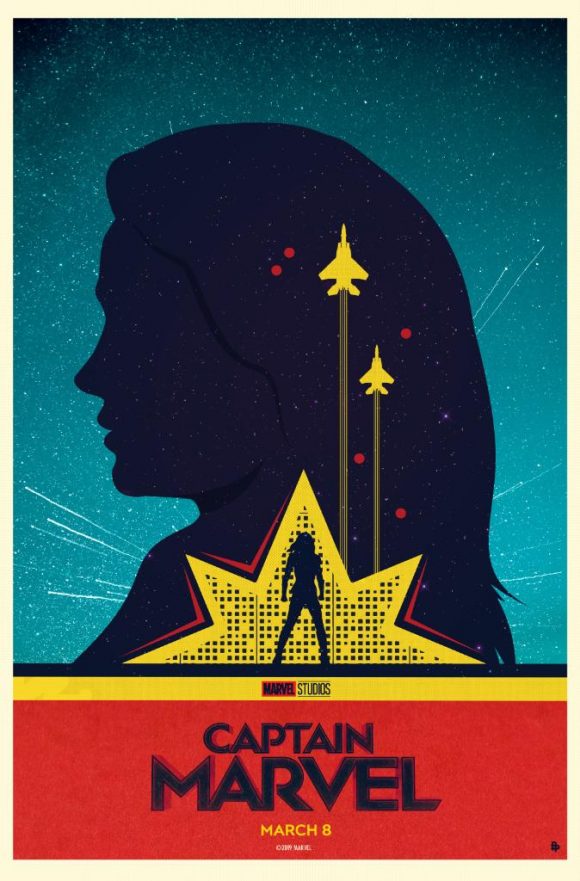 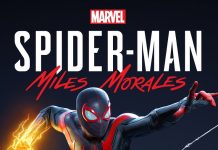 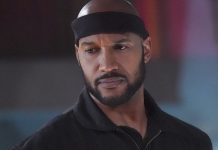 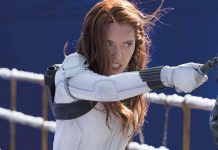