Birds of Prey is solid. The unpredictable structure keeps the first half moving and the action boosts the rest. Robbie is excellent, as is McGregor. It’s tamer than expected and the basic story can get lost in the complex setups but it works more often than not. #BirdsofPrey pic.twitter.com/H6TxjiudjI

Believe this. #BirdsofPrey whips all sorts of ass. It is a hard-hitting, unapologetic origin story for the team, and a terrific, vicious vehicle for #MargotRobbie. Violent, funny with CRAZY fun action. And Ewan McGregor is on a different frequency, but wildly entertains! See it! pic.twitter.com/g66RYuwwlD

I really dug #BirdsofPrey! It’s weird, wacky, super violent, occasionally really gory (the R is well earned on this one), and very up my alley.

Just saw #BirdsofPrey and am happy to report that it's my favorite modern DC movie yet. Like Shazam, it carves its own path with totally unique aesthetic, action, and tone. Margot, Ewan and all the rest are 100% fantabulous. Why aren't there more roller skate action scenes?? pic.twitter.com/BDipKiB0qU

#BirdsofPrey is like if John Wick were run through a crazy funhouse filter and stuffed full of glitter and f-bombs. It's everything you could ever want from #HarleyQuinn and her badass girl gang. Into this movie completely. 🤘🏻 pic.twitter.com/Y2DZgPYN2Y

#BirdsOfPrey: winning characters, above-average action, and a killer soundtrack hampered by uneven tone and pacing. The girls at their best together, and they're not together enough. Mary Elizabeth Winstead's Huntress is the not-so-secret MVP. 💕

#BirdsOfPrey has terrific action, humor & some of the more memorable characters we’ve seen in a DC movie, but the biggest highlight is Margot Robbie. She is fantabulous as Harley, while also proving that sometimes our most valued relationships are the ones we have w/ good food pic.twitter.com/EDQ3sr5JtL

Also, Ewan McGregor and Chris Messina are so out of their minds in this film – probably my favorite villains in this new era of DC movies. They are both nuts in all the best ways & the R rating certainly helps. Plus, a shout out to Rosie Perez, who steals a lot of scenes, too pic.twitter.com/LBBWO84MSa

#BirdsofPrey is delightfully unassuming and unconcerned with its place in a larger context. It's a bonkers bananas crime comedy and a genuine party movie. Everyone is having a blast but Mary Elizabeth Winstead plays Huntress like a supporting character from THE TICK. It rocks. pic.twitter.com/7MRMKkZ0oi

#BirdsOfPrey isn't a Birds of Prey movie so much as it's a Harley Quinn movie feat. BOP – and that creates issues story-wise & in fleshing out characters – but it's a hell of a lot of fun. It's at its best when going full Harley-vision, & Margot Robbie is clearly having a blast. pic.twitter.com/hyF7CpFCmk

#BirdsofPrey is a ridiculous and rad superhero film. The fight scenes are phenomenal and the villains are delicious. It shouldn't have taken this long to get the Birds of Prey on film but it was a lot of fun.

#BirdsofPrey is a stunning show of loyalty to #DavidAyer – a true sequel to his #SuicideSquad, both the good and the bad… (But NO Leto)#MargotRobbie will either redeem the man who made her #HarleyQuinn, or go down with him…

We will see! #DC #DCEU pic.twitter.com/1UuZEkooc7

#BirdsofPrey let me add it’s extremely pro feminist, a #DCEU’s #CharliesAngels (which I prefer to this). That got a good RT score so suspect this will too.

But true #DC fans? When u see what happens to #BlackMask? NO real #LGBT representation? I’m curious indeed… pic.twitter.com/VseTD91PJD

#BirdsofPrey stands very high in the DCEU. This follows a modern take on Harley Quinn, breaking 4th wall etc., but the jokes never get old and Director Cathy Yan successfully balances comedy, drama & killer action. The cast own their roles with style and leave you wanting more. pic.twitter.com/K90mCv3SEH

Ewan McGregor's Black Mask is without a doubt the best villain in the DCEU. The truly vile foe that you hate to love. A unique interpretation that works with quality motivation. Zsasz matches him so well and make for the best duo. pic.twitter.com/BxN7faOhqB

The film takes advantage of its R rating without feeling like glorification. A nice breathe of fresh air from Warner Bros that shows their vision for DC films is heading in the right direction. Can't wait to see where Harley Quinn or the Birds of Prey appear next. pic.twitter.com/Y5vWXTlxi0

Our own @JimmytotheO flew in for an early screening of @birdsofpreywb. “While ultimately it’s a fun time, the film itself is a bit of a mess. Thankfully it’s occasionally a beautiful disaster, one that offers the cast the chance to shine. Ewan McGregor is terrific, as is Robbie” pic.twitter.com/FKPUD7auA8

So, #BirdsOfPrey is absolutely bananas and *so* much fun!

Some pacing problems aside, it's a neon-blood-soaked, funny, violent, anti-hero caper best enjoyed with your best friends and a margarita in hand 🍹👯‍ 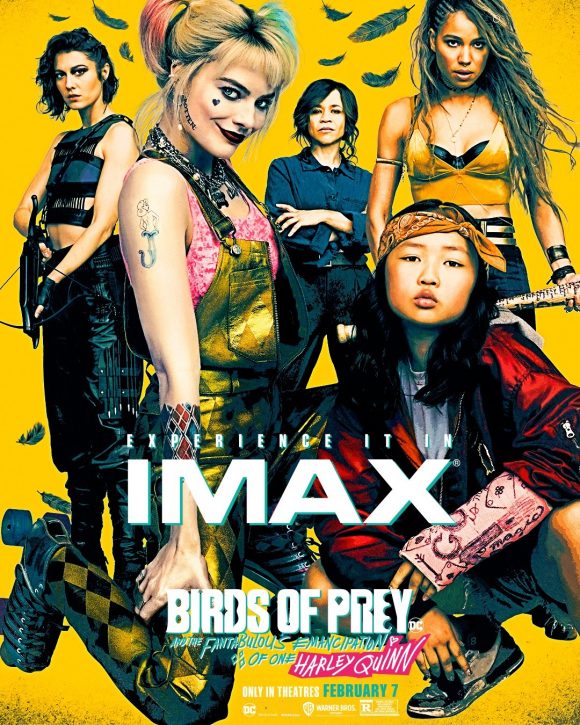 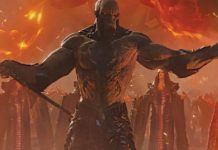 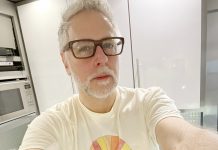 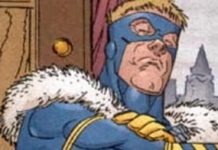