“Bring in the clowns!!!” 🤡 #Joker will surprise the hell out of people. Dark, twisted, brutal origin story of the most recognised villain in popular culture. Joaquin Phoenix adds another iconic performance to his extraordinary career #Venezia76

Joker is a well-crafted, performed, and very watchable film made to be a lightning rod for conversation. However, it's so thematically malleable that it ends up being about everything, which kind of makes it about nothing.

There will be before Joker. And there will be after Joker. I don't know if the world is ready for this movie. Or maybe it is? It is GNARLY. It is crazy. It is audacious. It doesn't hold back. Wow. I can't believe it exists. But it does. And it's coming.

JOKER is all contradictions & chaotic evil. for better or worse, it’s the movie the Joker would want.

I now understand why @wbpictures decided to play the #JokerMovie in Venice and #TIFF. 'Joker' is a great movie. It just so happens to be a comic book movie. #JoaquinPhoenix will absolutely get nominated for an Oscar and the film has a real chance at end of the year awards. pic.twitter.com/0KGyvWZrfi

Joker feels like if Scorsese made Taxi Driver as a comic book film. Amazing performance, great score, but I’m not sure it knows what it’s trying to say. Could potentially be dangerous for the wrong person to watch. Some fun twists that make me want to see it again and discuss.

Our five-star review of Joker has arrived: "Deeper, darker and more disturbing than any other comic book movie to date" https://t.co/U7E32WrCdQ pic.twitter.com/otJqBsqQS1

Joaquin Phoenix's performance in #JokerMovie is nothing short of Oscar-worthy. He fully commits to the role mentally and physically. Todd Phillips delivered a game-changing comic book film, and I cannot wait to see it again. #Joker pic.twitter.com/cnrL9bsdR2

#Joker is a masterpiece. It's FUCKED UP. This film is sinister and uncomfortable in the best way; I'm actually just shocked it exists… This is a DC film. And it is DARK AND DISTURBING. I am in pure awe and I'm actually delirious. I was not at all expecting that… #Venezia76 pic.twitter.com/tFFVGR2Alh

JOKER is a bold, bodacious love letter to Scorsese's #TheKingOfComedy, told through the lens of DC's most iconic villain. Dark, disturbing, brutal & sad, it's about an abused man who doesn't start living until he's dead inside. Joaquin Phoenix is so damn good#JokerMovie pic.twitter.com/WCk1Ya4FFG

Todd Philips’ #Joker has lofty ambitions, but ends up resembling nothing more than a Suicide Squad spin-off movie@daveyjenkins on the first major flop of #Venezia76 https://t.co/5W5ymrtEgq

"You’ll definitely feel like you’ll need a shower after seeing it, but once you’ve dried off and changed clothes, you’ll want to do nothing else but parse and dissect it."

My Joker review for @CinemaBlend is live! https://t.co/tDoQskXUtv

I can’t quite believe how good Joker is. It’s a masterpiece. Funny, dark, beautiful, full of rage, and really fucking cool. Joaquin Phoenix is masterful and every shot is sublime. #Venezia76

#JokerMovie is an efficacious & disturbing film that's equally meritorious & tragic. Phoenix's roaring, monstrous performance as the Clown of Crime is so immaculate, so maestoso, it's a prodigious accomplishment, and marks the apex of his already superlative career. #Venezia76 pic.twitter.com/YeHZg4WqHd

#Venezia76 The #Joker we fucking deserve. Rings of comedy, rings of fire. It's a circus, it's a carnival, it's a mayhem. Phoenix brings us dancing through this social disease and it's a triumph. #JokerMovie

I saw the @JokerMovie and REALLY dug it. It's a feature that steals your attention and requires time to process. It's an acting showcase for Joaquin Phoenix and a story that's ambiguous and surprising, but one that really grounds Arthur Fleck's transformation. pic.twitter.com/OOWgpct13i 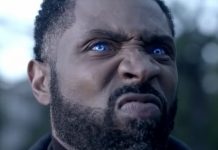 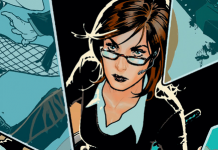 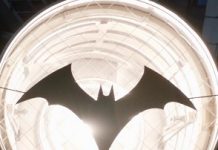